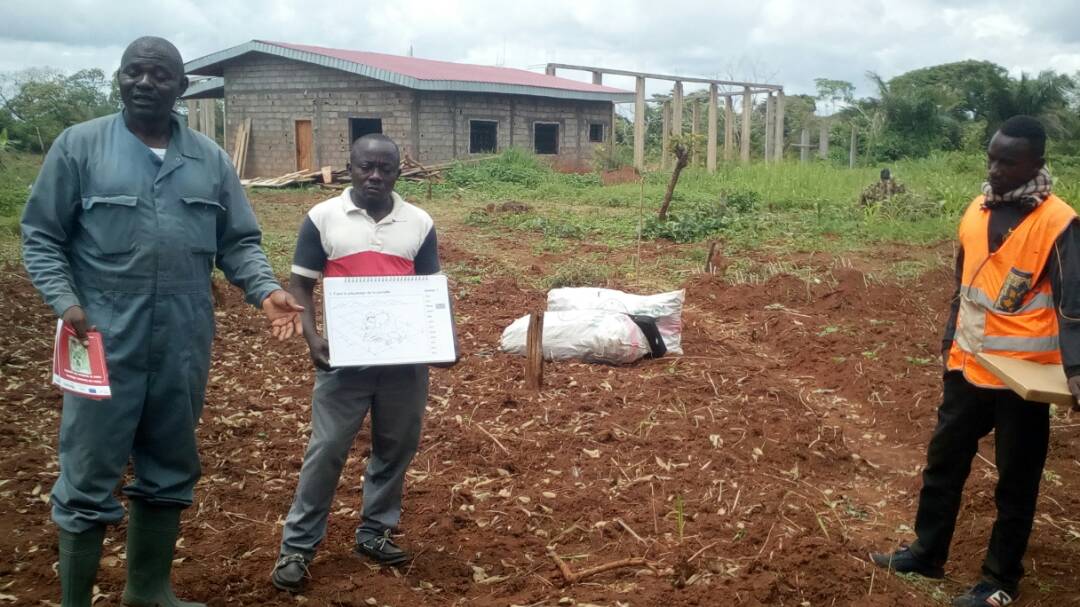 CASSAVA, FOOD SECURITY FOR THE FUTURE

Once again, the Sahel is facing a food and nutritional crisis, which threatens 16 million people. In Chad, where there has been a 50 percent drop in production, FAO is developing cassava cultivation to guarantee access to sufficient, good-quality basic food.

Cassava is an alternative commodity to the increasingly recurrent food deficits in the Sahel region, especially during the lean season, and which represents a source of income diversification for small farmers.

In the Chadian village of Kaga, in Logone Occidental, 300 km south of Ndjamena, the FAO supports the integrated management of cassava and supervises farmers’ groups in the participatory framework of the Farmers’ Field School (CEP).

“We learned to use everything in cassava: raw, boiled, pounded or dried tubers, stems for food salt, wood fire or cuttings, and then the very iron-rich leaves,” reports Mariama, mother of large family.

Mariama has been in the oven and at the mill since cassava became part of her family’s eating habits less than a year ago. Cassava still accounts for only 30% of the consumption of Chadians in the South and 10% in the North zone. By adding vegetables grown in the lowlands, it contributes to a balanced family diet.

“The tuber inspires us with various culinary recipes based on gari, cosettes, tapioca for young and old, or preserved in flour, starch powder or dried balls for the toughest months”.

The groups receive training on processing, as well as adequate equipment, such as the rapper, the press, or the grinder.

From Ibadan to Deli: the path of research

As part of the development of root and tuber plants, more than one hundred improved varieties of cassava from the International Institute of Tropical Agriculture (IITA) in Ibadan, Nigeria were tested at the Déli experimental farm in Moundou, south of Ndjamena, under the direction of the Chadian Institute of Agronomic Research for Development (ITRAD).

“Today, of the six most successful varieties, two are more cultivated and more appreciated by men and women, to the point that they have given them names, Tessem “which takes me out of hunger” and Renda “which came at the right time. named!” remarks Issac Mbaihornom, head of the Déli farm. They are resistant to mosaic disease, drought and high productivity.

He adds that the sale of the tuber and its by-products are a significant part of the sources of income for smallholders.

It is no coincidence that FAO works with peasant associations of smallholder farmers. This is an integral part of its approach in all its activities in Chad.

“We make it a point of honor to complement all the other bilateral, multilateral or governmental initiatives being implemented or planned within the framework of the National Program for Food Security (PNSA) in Chad”, said the FAO representative to N’Djamena, Germain Dasylva.

A culture of results

In many African countries, cassava has nutritional and market benefits for the rural households that grow it. But it takes effort.

The Coordinator of the FAO Subregional Office in Libreville, Mr. Lamourdia Thiombiano highlights the challenges. “We must build the capacity of producers in techniques for the multiplication of healthy cuttings and the production of quality tubers in a framework of community support”.

Cassava cultivation is placed, through targeted national and sub-regional initiatives, at the center of FAO’s regional priorities, according to Maria-Helena Semedo, FAO Deputy Director-General for Africa, in Accra, Ghana.

“Increasing agricultural productivity and diversification, promoting the sustainable management of natural resources as well as supporting market access and sanitary measures to improve trade are among these priorities,” she says.